This is like adding sprinkles and hot fudge to the top of a sundae—it makes things way better. It's actually quite fitting, too, because much of the story's plot is culled from Anderson's real-life experiences. So forget about sequels to classic '90s horror films; ignore that annoying metal band that your dad probably used to listen to; sit down, relax, and see for yourself what's waiting in the woods. Let's put it this way—how real are the photographs you see in magazines?

Pictures are supposed to be exact replicas of reality, but most cover-shots have been retouched and edited so much that they almost seem like they came from another dimension.

In an attempt to make their models look better, the magazine editors end up making them look weird beyond belief. Memory works in a similar way. Often, we think of memories as indisputable facts. Yeah, right.

Over time, memories have a tendency to change their shape for a variety of reasons: to repress bad experiences, to fit in line with new information, or to simply rewrite history. What seems like a simple story about a simple old lady has tons to say about our relationship with our own brains. There's more than meets the eye in "Death in the Woods"—you're just going to have to do a little digging to figure out what. All rights reserved. Death in the Woods Introduction With a title like " Death in the Woods ," you might think we're about to read the sequel to The Blair Witch Project , or you accidentally picked up an album by some terrible '80s metal band wait, we thought this was a book….

Memory is a tricky thing. I removed the wet, black socks and threw them in the bin. Maybe I need to go back to that beach. A sudden answer came my way, however: the tell tale spots of rain appearing on the concrete. My parents were sitting at the kitchen table, Mum drinking tea, Dad coffee. As I got closer I realised Mum was also drinking coffee. I looked over at the counter, where the milk still lay out.

There were no tea bags left.

They said their hellos and asked me something, anything, but I could not look them in the eyes or talk to them since it happened. That was something I think they might have started to notice.

I think that was the biggest shame because I was always a friendly, talkative guy. I walked through to the corridor and up the stairs towards my room. My feet were cold, but at least dry now. I sobbed for a bit then sat and read my book until I slept. One day she had put me down and never picked me up, and one day I stopped being her son and that was that. I sat there, rocking back and forth, no one to blame but myself and praying for death.

Short Story Review – The Spire In The Woods

I ran that morning as I had every morning for the past year. I was a new man. 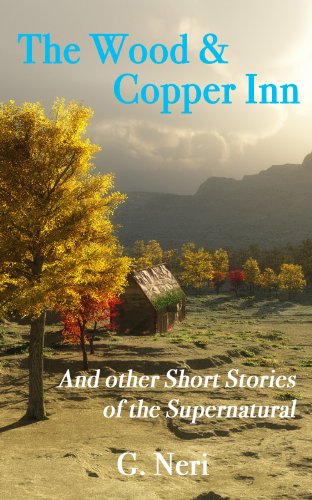 I had finally grown up, into someone I could respect. It was the best year of my life. It was meant to be. As I ran towards the old Sawmill, I thought I saw someone running up ahead of me, through the haze of rain and occasional overgrown bend of trees and bushes. His pace was very good, consistent but fast. I tried to catch him, to get closer just to see who it was. There was not usually anyone out at this time, especially with the bad weather as of late. Most people were also up north, helping police with the search.

Upping my pace, I swerved off just before the mill, taking a different route parallel to the road that was once an access track for the logging yard. The path was overgrown and uneven, but it was shorter distance-wise and meant I was slowly gaining on the mystery runner.


Willing myself forward, I put on a final burst, my heart pumping, my brain electrified as I jumped, dodged and hopped over potholes and branches, the intersection getting closer and closer. We were level now, and I could see his features flickering through the trees like a Victorian Zoetrope.

Short hair, blue T-shirt, shorts and flashy yellow running shoes. His face was still hidden, but I already knew who it was. I was still running, getting ever closer to that intersection, but I could see and feel this person beside me as much as I ever would. It was me. I suddenly realised I was almost at the intersection, the trees were running out and I was going to collide with my doppelganger if I kept this up. This was a bad idea, I had to leave, I had to get out of here and back home, back to my book, my bed.

Back the way I came. I tried to turn but I was going too fast, the track too narrow now, there was no going back. I tried to slow, but so did he, trying he must, to keep level with me. My pace slowed but so did his, my steps became erratic but so did his, and as my head turned, tears forming on my face as the trees finally disappeared, so did his.

His face was his, but not my own. Twisted in a sick smile like the one I always wore, laughing and jovial like the kid I was. I was no longer heading for him, he was running to me, his course swerving towards where the two roads converged.

Suddenly I saw his face for what it was, not a smile and two eyes but an ugly mess of sand and stone, and rocks and muck and seaweed and shit- it was my sandcastle, ugly curtain walls to keep out the sea, moats of rock and canals gouged into the sand with shells and sticks. Now it was grafted onto my face, moving and sloshing as I ran towards myself, water and muck pouring out of the gaps as the water came pouring in.

I screamed and screamed because now I knew what was coming after me- me!

The old me, the man and boy and person I killed that night, and they were both coming to get me, the sick bloody couple that deserved each other.